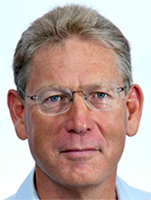 David has worked in professional and executive roles in the public and not for profit sectors in the Northern Territory since 1981. For more than 20 years he held the position of chief executive. This role included:

Other executive roles include Director of Parks and Wildlife and Department of Infrastructure, Planning and Environment Natural Resource Management Division Executive Director (2003-2005).

His present positions include:

David has served on several boards including:

In addition to many reports and NT Government submissions, David has also authored the following academic publications: