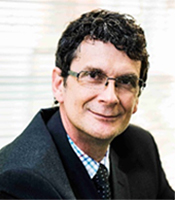 Ross has been the project director for all of Hydrobiology’s Projects with the CSG industry, including ecotoxicity testing of fracturing fluids, coal seam waters and flowback waters, baseline and EIS aquatic ecosystem studies of upstream and downstream developments of CSG projects, and assessments of the potential ecosystem impacts of releases of RO permeates of CSG produced waters including ecotoxicity testing of permeates. He has been Project Director for development of the National Guidance Document for Risk Assessment of Coal Seam Gas Chemicals for the Federal Dept. of the Environment. He has also worked widely on aquatic ecosystem risks of oil and gas developments in Australia, Papua New Guinea and the United States since 1992.